Can't wait to see them take the Main Stage at the Most Beautiful Festival in the World! We'll meet each-other at Woodstock on 2-3-4  August 2018.

LAO CHE is a Polish rock back formed in 1999. It is difficult to pin down their music style to one particular genre - their music occupies a vibrant area between rock, alternative rock,  punk rock, ska, ambient and folk-inspired numbers. Their career took off after their highly acclaimed concept album 'Powstanie Warszawskie' (Warsaw Uprising), their second album release in 2005. Their albums sum up the feelings of an entire generation - thoughtful lyrics combined with melodic, upbeat music.

Their latest release - an album titled 'WOS' is a clever play on the very popular 80s nostalgia. Even though the music is strongly inspired by the anthems of the 1980s, the ingenious musicians put their own very unique spin on the well-known tunes. Lyrics on the album are very interesting - they touch upon important, existential matters such as dreams and reality of life as a citizen of Poland, Earth. The musicians try to answer how it is to be a human being in the modern age.

The band is very familiar with the stages and audience of the Most Beautiful Festival of the Word - they have played at Woodstock 4 times before and they have won the appreciation of the audience, which is proven by their Golden Spinning Top win!
Lao Che at Woodstock Festival Poland

Woodstock Festival Poland is a massive, free music festival which takes place in Kostrzyn nad Odrą in western Poland. The event is a non-commercial festival, promoting the ideals of tolerance, friendship, and advocating for social and community involvement and global responsibility. The annual event attracts huge crowds of music fans, who can enjoy a vibrant mix of Polish and international bands. 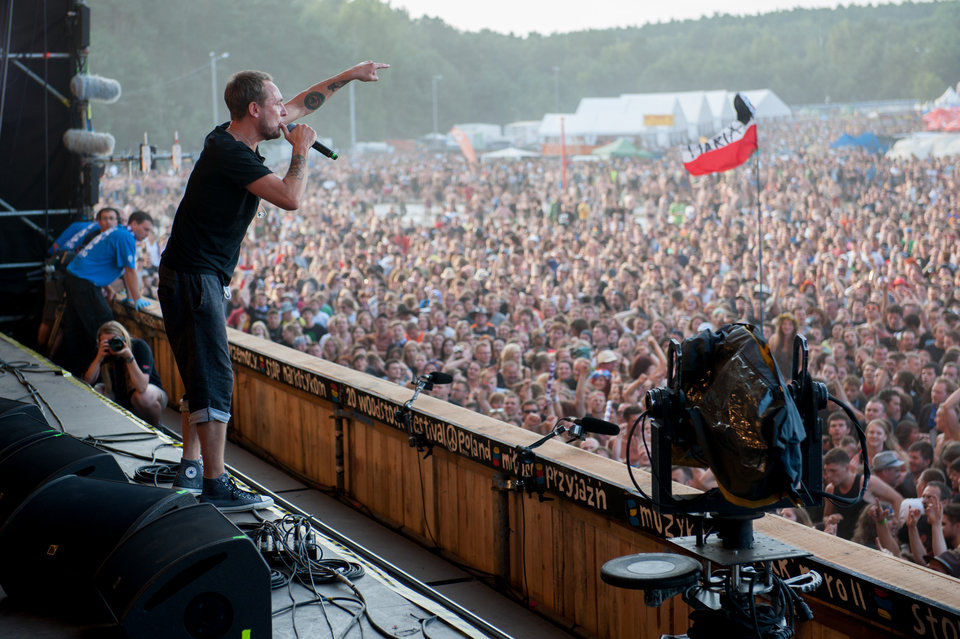 Good news for all electronic and rock music enthusiasts! Time to get ready for a one-of-a-kind music experience – Apollo 440 will land on the Main Stage of the 29th Pol’and’Rock Festival.

Napalm Death joins the line-up of the 29th Pol’and’Rock Festival!

Grindcore in its pure form at Pol’and’Rock Festival 2023! The British extreme metal band at Czaplinek-Broczyno Airfield will meet with the festivalgoers ready to feel the power of the Campaign For Musical Destruction.

Four years after 130 shows across the Northern Hemisphere with the Leather Patrol Tour, Carpenter Brut will hit the road again in 2022/2023 with the second part of his second trilogy: the Leather Terror Tour. The artist will also power the line-up of the 29th edition of ...

Spin Doctors will rock the Main Stage during the 29th Pol’and’Rock Festival at the Czaplinek-Broczyno Airport. Yes - that’s what we said now!