Maryland rockers have been pushing the boundaries of heavy rock music since 1991 when the four original members got together in school. The band's debut came in 1993 with the release of their first LP "Transnational Speedway League".  Clutch went on to release 12 albums, each of them traversing a different scope of inspirations: from alt-rock albums of the 90s, psychedelic vibe of the early noughties and acoustic folk and blues from the turn of the first decade of the new millennium

In 2008 the band went on to establish their record label, the Weathermaker. Throughout the years of creative exploration, Clutch has honed their very own, robust and diverse sound. Having been tagged as hard rock, blues rock, southern stoner rock, and alternative metal by the media and fans across the world, it is safe to say that  Clutch are a musical force that has been best described as a quintessential American rock band. 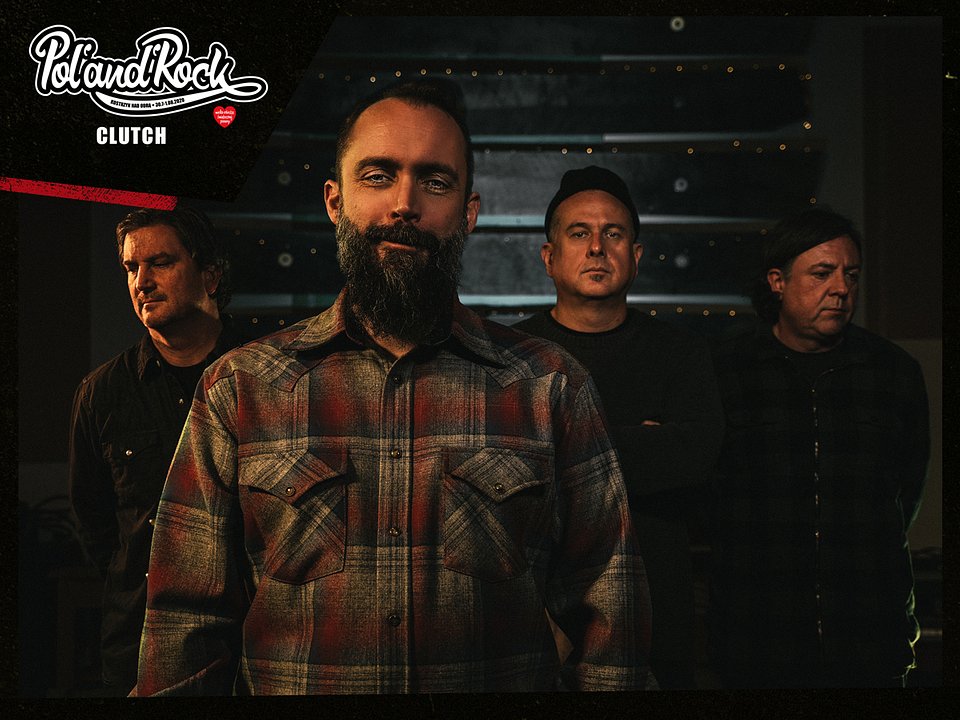 Clutch are proof that solid songwriting combined with powerful music and high-voltage live performances are the key to lasting success. Navigating the rock music market for almost three decades and still going strong, Cluth can rely on their worldwide fanbase. Their most recent release, "Fortunate Son" from 2019 -  a brand new studio recording of classic CCR single is a part of their anticipated Weathermaker Vault Series, garnered plenty of attention from fans as the band embarked on a European headline tour in the winter of 2019.
The band, which quickly became known for their relentless touring schedule made appearances on some of the biggest and baddest musical festivals, such as Hellfest, Wacken Open Air, and Roskilde. This summer, Clutch will meet with the fantastic audience at Pol'and'Rock Festival.
Line-up of the band: Neil Fallon - Vocals/Guitar Tim Sult - Guitar Dan Maines - Bass Jean-Paul Gaster - Drums/Percussion

The Great Orchestra of Christmas Charity has been raising money to buy medical equipment for children's medicine for almost 30 years. We have raised over PLN 1.5 billion and donated over 65 200 medical devices. We also initiated and help run 8 medical initiatives and one...

How Much Did the Great Orchestra of Christmas Charity Raise Throughout the Years?

Our charity has been fundraising for almost 30 years. In the 29 years of our activity, we managed to raise an impressive sum of over PLN 1.5 billion! Let's see how the fundraiser progressed from the very beginning of our work up to the new, record-setting result of the 2...

The Great Orchestra of Christmas Charity Foundation, which is the biggest NGO in Poland, raised PLN 210 813 830,10 ( EUR  45 993 068,79). Money will go towards the purchase of medical equipment for children's ENT wards in public hospitals nationwide.