The band, led by the namesake frontman, the ghoulishly glamorous Wednesday 13, was established in 2004 in North Carolina, in the US. Leader of the band had already had an impressive catalogue of successful gigs with other groups (Wednesday 13 was the frontman of Murderdolls and played with Maniac Spider Trash and Frankenstein Drag Queens from Planet 13) and solo career before embarking on a spooktacular journey with the eponymous band.
Wednesday 13 released their debut studio album "Transylvania 90210" in 2005 and went on to play a main-stage gig at Download Festival the same year. "Fang Bag", Wednesday 13's second studio album, followed just a year later, in 2006. The group released eight studio albums, with their most recent offering, "Necrophaze", hitting the charts in 2019.  This latest release marks a series of firsts in Wednesday 13 career. In essence, it is the first album record with guest appearances, including Alice Cooper, Roy Mayorga of Stone Sour (who provides an eerie, authentic, 80's inspired synth soundtrack-score to the album), Alexi Laiho of Children Of Bodom and Christina Scabbia of Lacuna Coil. Also making an appearance on the album is Jeff Clayton, member of legendary punk bands ANTiSEEN & GG Allin's Murder Junkies. 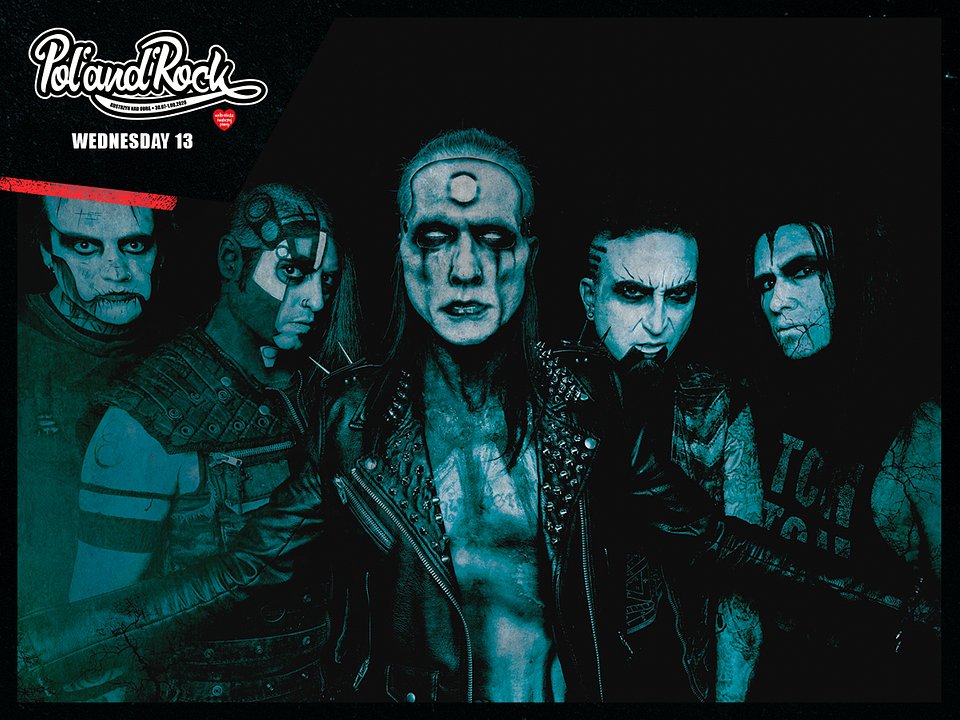 "Necrophaze" showcases the trademark Wednesday 13 style: even though heavily influenced by the real-life night terrors of Wednesday himself, historical serial killers and a slew of 80's horror films, the ideas behind the album are bizarrely familiar, frightening and a hell of a lot of fun. Wednesday 13 is often described as a horror punk outfit crossing over to heavy metal and gothic metal. Yet, the frontman of the band draws his inspiration from different music genres and cultural elements. The band taps into the horror, serial killers, and 80s inspired metal. The group is committed to ghoulishly glamorous aesthetic, replete with morbid imaginary referencing historical serial killers, stark make-up and black outfits.
Wednesday 13 shows are much more than high-voltage, crashing gigs - the band's concerts are theatrical performances, complete with disturbing props, elaborate costumes and masks. Combination of suspenseful, atmospheric music, lyrics populated by monsters paired with the macabre imaginary result in a compelling and moving experience for the audience.
Wednesday 13 is:

One of the most exciting bands making waves on Polish heavy metal music scene will take the Main Stage at Pol'and'Rock Festival this year.

While She Sleeps at Pol'and'Rock Festival

Established in 2006 in Sheffield, the band is best known for their relentless touring schedule and no-holds-barred live shows. Named the Best British Newcomer at the Kerrang! Awards in 2012, the group went on to release four acclaimed albums and perform at Download Festi...