Fans of Irish folk-inspired music are in for a real treat this year. Fiddler’s Green joins Dropkick Murphys, The Rumjacks, and Saint City Orchestra in the Pol’and’Rock Festival lie-up. The German band will be celebrating the 30-year anniversary with the audience of the Most Beautiful Festival in the World.

What a ride it’s been—for the last 30 years, Fiddler's Green have been one of the biggest and most successful folk-rock bands in Europe, impacting the entire folk-rock scene with a high-energy sound that will carry you away. 2020 will be a year of celebration, marking 30 years of Germany’s biggest Irish Speedfolk band. The short and sweet motto “3 Cheers for 30 Years!” says it all—so join us as we embark on this celebratory journey.
It began many, many years ago—in 1990, when a group of students started making music in the kitchen of a student flat, fiddle, accordion, guitars and the thumping of drums coming together to produce an inimitable sound that would go on to be celebrated up and down the country from that moment on. Fixed dates in the gig calendar take the band not only to Germany’s neighbouring countries but farther afield to Russia, Norway and Japan as well. With the fan base in countries beyond Europe’s borders growing by the day, the six lads’ seldom make it back home to Germany. Since the release of their first album in 1992, the group went on to record 16 studio albums, 4 live albums and 2 DVDs.
The Fiddler‘s Irish Speedfolk style really does speak to audiences all over the world—the energy on stage is intoxicating, sweeping through the fans, who give it straight back to the band. And if you think gigging has become something of a routine after all these years, you couldn’t be more wrong. As frontman Albi likes to say: every gig is and will always be a unique moment in time for us as a band and the fans out there!“ 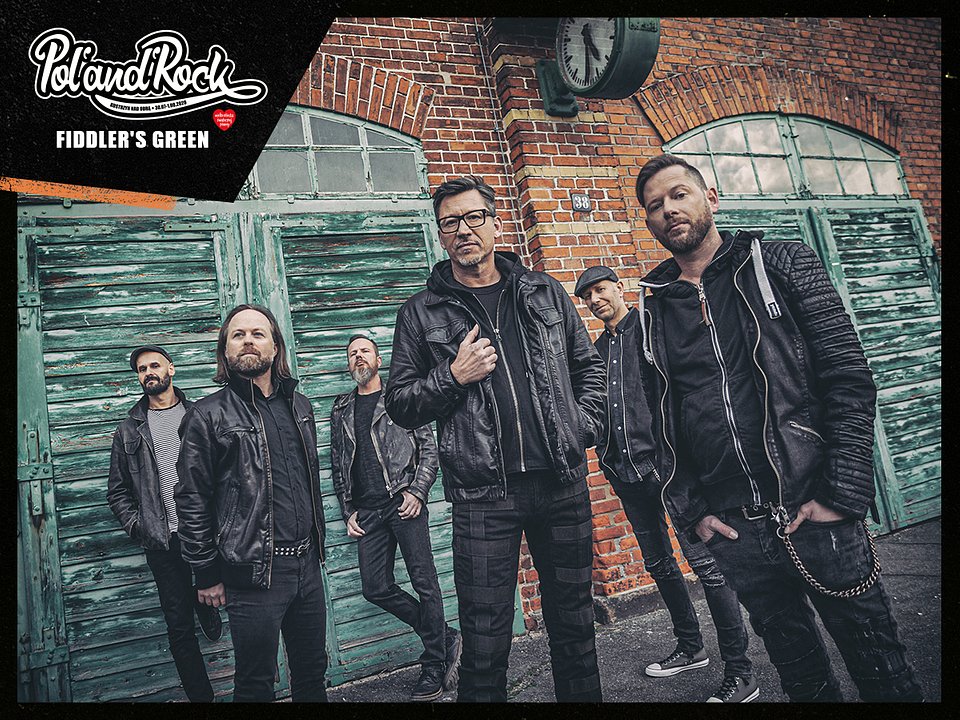 So here we are—30 years of FIDDLER'S GREEN! With so much to choose from, the anniversary year will not be short of great tracks for a best-of mix that will not disappoint. Whether young or old, there’ll be something for every fan out there. The anniversary gigs will be bare-knuckle musical madness! The lads will light a firework of Irish folk-punk music that will get everyone bouncing. Even after three decades, Fiddler’s Green never fail to surprise—neither the fans nor themselves—and live gigs are testimony to this.
RALF "ALBI" ALBERS; PAT PRZIWARA; TOBIAS HEINDL; STEFAN KLUG; RAINER SCHULZ; FRANK JOOSS

The energetic folk-inspired band from St. Gallen in Switzerland is going to take the Second Stage audience straight on a pub crawl across the Green Island!