Blues Pills play an eclectic mixture of rock, blues, and soul which is generously flavoured with spell-binding psychedelic themes. The band draws inspiration from the kaleidoscopic music of the 60s and 70s of last century. 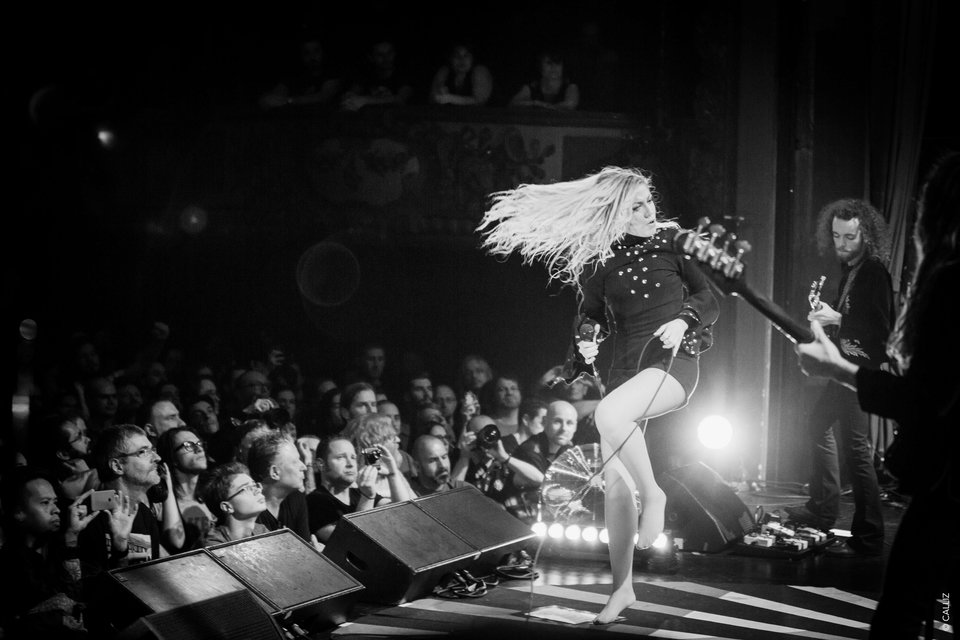 Blues Pills is an international collective, with the band members hailing from Sweden, the US, and France. The psychedelic-flavoured quartet was formed in Sweden in 2011. They play an eclectic and spell-binding mixture of blues-rock with a characteristic retro feel to it. There are very few bands that manage to give traditional sounds such a captivating and truly modern twist. Unique talents of members of the band: Elin Larsson (lead vocalist);  Dorian Sorriaux (guitars); Zack Anderson (bass); and  André Kvarnström (drums, percussion) are combined with timeless, but distinct style to create a real musical experience - where music, lyrics, artwork, and performances all go together .

Blues Pills have been compared to the likes of Big Brother & the Holding Company, Led Zeppelin, and Free. The critics and audience praised Blues Pills for their musical and lyrical prowess and their ability to deliver truly striking, energetic performances. Their latest tour featured sold-out shows in major European venues. One of the shows has been recorded and released on DVD and it gives a glimpse into the band's charisma and talent when performing on stage.

The musical group has released two albums: self-titled Blues Pills" in 2014 and the intriguingly-named "Lady in Gold" followed two years later. The band has also released 3 EPs and 3 singles. Their highly anticipated performance at the Second Stage at Woodstock Festival Poland will be the band's first appearance at the major Polish event.
Lady in Gold - live in Paris

Lady in Gold - live in Paris

Arch Enemy at the Main Stage

Some things can weather storms and emerge stronger, better and more powerful than ever. Arch Enemy has endured on the heavy metal scene for over 20 years and they have been redefining the genre with each album they released.