Jinjer is a progressive groove metal powerhouse from Ukraine. After one of the biggest years in their career, the four-piece band is gearing up for even more successful 2020, a gig on the Main Stage at Pol'and'Rock Festival notwithstanding.

Jinjer was formed in 2009, but the official launch of the Ukrainian metal wrecking machine falls in 2010, when the incredibly gifted and versatile vocalist, Tatian Shamilyuk, joined the group. Working on their sound and honing their style to perfection, the band released their now cult first album in 2012. 'Inhale, Don't Breathe' was followed by "Cloud Factory" in 2014. In the meantime, Jinjer was named Best Ukrainian Metal Band. In 2016 the band signed with Napalm Records and went on to release "King of Everything".  The album was promoted by "Pisces" single and video which garnered tremendous interest from fans and positive feedback from music critics. To date, the video surpassed 32M views. A relentless touring schedule followed suit - first taking the group across Eastern and Central Europe and then to Israel, UEA, the UK and Canada as well as Latin America, Australia, and Southern Africa. Jinjer and their raw, compelling take on progressive groove metal and metalcore went global.
The four-piece band lives and breathes touring, and when on stage, they are a force to be reckoned with. Led by the charismatic vocalist, who can effortlessly switch from deep growling to clear melodic vocal, Jinjer presents the rawest power and an impressive mixture of progressive groove metal and metalcore with inlays from funk, reggae and even jazz music. Tatiana's vocal range transports her from the depth of the darkest hell with its growling and screaming to heaven with the clear, beautiful sound of melodic signing. The rest of the band is not far behind - Jinjer is versatile, not shying from creative experiments and committed to producing the best music they can. 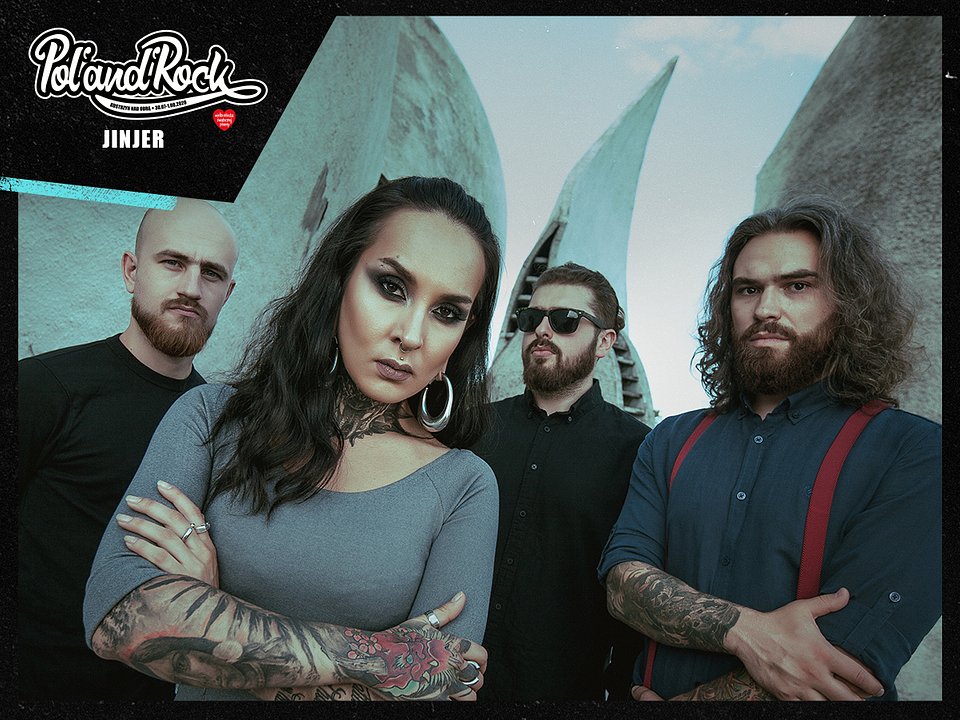 Despite living on the road and touring across the globe, the band produced two very successful releases in 2019.  The five-track EP "Micro" contains fan and critic favourites such as "Ape" and "Perennial". "Micro" was closely followed by a studio album "Macro".  Jinjer released the video for "Retrospection" in February 2020 and will promote this new material with a headline tour of US. Jinjer has also announced tours of the US, Australia and Latin America in 2020.
Line-up

Health and safety of guests of our festival have always been our top priority. This year, a global pandemic put a hold on the 26th edition of the festival, and Pol'and'Rock transformed into The Most Beautiful House Party in the World - an impressive online festival, boas...

One of the most exciting bands making waves on Polish heavy metal music scene will take the Main Stage at Pol'and'Rock Festival this year.

While She Sleeps at Pol'and'Rock Festival

Established in 2006 in Sheffield, the band is best known for their relentless touring schedule and no-holds-barred live shows. Named the Best British Newcomer at the Kerrang! Awards in 2012, the group went on to release four acclaimed albums and perform at Download Festi...