Rise of the Northstar. photo Bezerker

Rise of the Northstar (abbreviated to ROTNS) was established in Paris in 2008, but their inspirations and aesthetics are moored in Japanese pop culture influences. The band flawlessly combines heavy metal, hip-hop, hardcore punk with inspiration drawn from manga - widely popular comics and graphic novels created in Japan. The name of the band derives from the manga Fist of the Northstar, and the group is thematically and artistically influenced by the bustling cityscapes of Tokyo.
The band's debut EP "Tokyo Assault" was released in 2010, closely followed by the second EP, "Demonstrating My Sayia Style" in 2012. In the meantime the band actively participated in tsunami and Fukushima disaster relief initiative, raising money for Japanese Red Cross.
The band released. "Welcame", their debut album in 2014. When ROTNS toured promoting "Demonstrating My Saiya Style" and "Welcame" releases band members emulated style associated with Japanese school delinquents. They wore shorter jackets, wide-legged trousers and sneakers, style frowned upon in Japanese schools. ROTNS toured alongside Madball in 2015 to support their debut record and played the main stage gig at Download Festival in 2017. The "Welcame" tour took the band to the most prominent European stages and to the Far East with 2 tours incorporating Japan, China, Taiwan, Hong Kong and Indonesia. 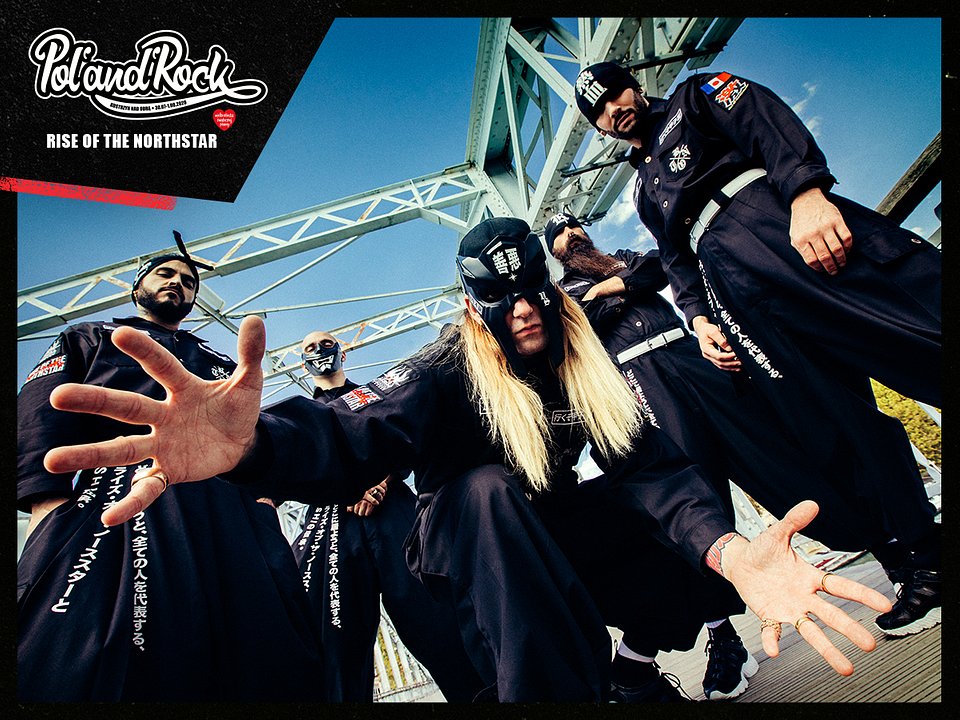 Rise of the Northstar. photo Bezerker

The band's sophomore release, produced by Gojira's Joe Duplantier, is a conceptual album, telling a story o the band's struggle with a malevolent spirit Yōkai. "The Legacy of Shi", released in 2018 showcases the band's extraordinary style, which is a fusion of metal, thrash, hip-hop, and hardcore punk. Growling and aggressive guitars, which evoke comparisons with the likes of Pantera and Machine Head, raw power of delivery and catchy riffs reminiscent of KORN or Rage Against the Machine are combined with American rap and elements of New York hardcore punk, resulting in a sound which can only be described as singularly Rise of the Northstar.
Vithia; Eva-B; Air One; Fabulous Fab; Phantom

Three decades into their celebrated career, thrash metal legends, Death Angel, remain as hungry as ever. The Bay Area thrash quintet will be taking the Second Stage at Pol’and’Rock Festival this summer.

King Gizzard & The Lizard Wizard will not play at Pol'and'Rock Festival

King Gizzard & The Lizard Wizard are one of those bands both you and us were particularly looking forward to seeing at Pol'and'Rock Festival. Therefore, we are all the more saddened to hear that due to health issues - the aggravation of a serious chronic illness that...